“This is a Sofia Recording Studio project. We find artists from all over the world, giving them the opportunity to play at the best clubs in Europe. We manage gigs and find accompanying musicians if required and we take care of their every need to support their tour with us.

If you are an artist write to booking@sofiarecordingstudio.com,

If you are a club, a promoter or a festival and you are interested in what we have to offer just write to us at upgrademe@sofiarecordingstudio.com”

Graziano Demurtas an exceptionally accomplished musician known as “Il Conte”. He is an Italian guitar player and singer who started his career as a Vocalist and whilst singing he studied classic guitar with  M° Abner Rossi, Mauro Storti and also jazz guitar with Gigi Cifarelli, Bebo Ferra and Alessio Menconi. In parallel to his guitar studies he attended the Conservatory G. Nicolini Di Piacenza playing Tromba. 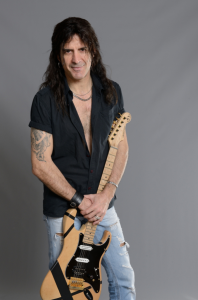 He played with different styles from Blues to Funk and Rock.

He played at Gods of Metal Festival 2000 & 2001 together with artist such as Snakes, Motorhead, UDO, Glenn Hughes, etc…

As Endorser and Guitar demonstrator he had some exceptional collaborations with  Yamaha from 1999 to 2006 sharing the stage with some awesome international musicians such as Gregg Bissonette, Russ Miller, Akira Jimbo and Frank Gambale. From 2011 he was chosen to be the endorser for  Washburn Guitars and Randall Amplifier. 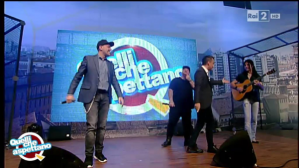 In 2016 he performed with G Verdi Orchestra from Milan as guitarist and singer for a Progressive Rock Opera called  Pictures and Exhibition from EMERSON LAKE & PALMER and “A night with the Deep Purple” for “Concerto for Group & Orchestra” written by awesome Jon Lord: